The organizers of the Venice Biennale have confirmed that the Ukraine pavilion will take place as planned in April. It was thought that the Russian invasion would make it logistically impossible to continue the pavilion.

Last month, Pavlo Makov, the artist chosen to represent Ukraine at the world-famous exhibition, said his team had been forced to halt preparations for the Italian exhibit. All flights from the capital kyiv are grounded until further notice. “We are not in immediate danger, but the situation is critical and changing every minute. Currently we cannot continue working on the pavilion project due to the danger to our lives,” tweeted Makov and curators Lizaveta German, Maira Lanko and Borys Filonenko.

Makov took refuge with his family in the city of Kharkiv, and the three curators are in kyiv. Both cities are under attack from the Russian army.

Biennale officials have tried to find ways around this problem by “collaborating and will collaborate in every way” with the Ukrainian team to transport them and the artworks safely to Venice.

The artist’s team was to present a version of Makov’s 1995 wall installation, “The Fountain of Exhaustion”, with water cascading from 78 bronze funnels. However, this may now change due to the location of the work and something new may be created to replace it.

Roman Abramovich is one of seven Russians sanctioned by the British government. His assets have been frozen and he is banned from traveling to and from the UK. His private residence houses an extensive collection of contemporary and modern art, including works by Francis Bacon, Lucian Freud and Damien Hirst. Over the past few days, the government has launched a strong crackdown on Russian oligarchs to pressure the Kremlin from within following the Russian invasion of Ukraine. Abramovich is also a co-founder of the Garage Museum of Contemporary Art in Moscow with his ex-wife, Dasha Zhukova. As a result of these far-reaching sanctions, Abramovich will no longer be able to sell Chelsea Football Club as planned. 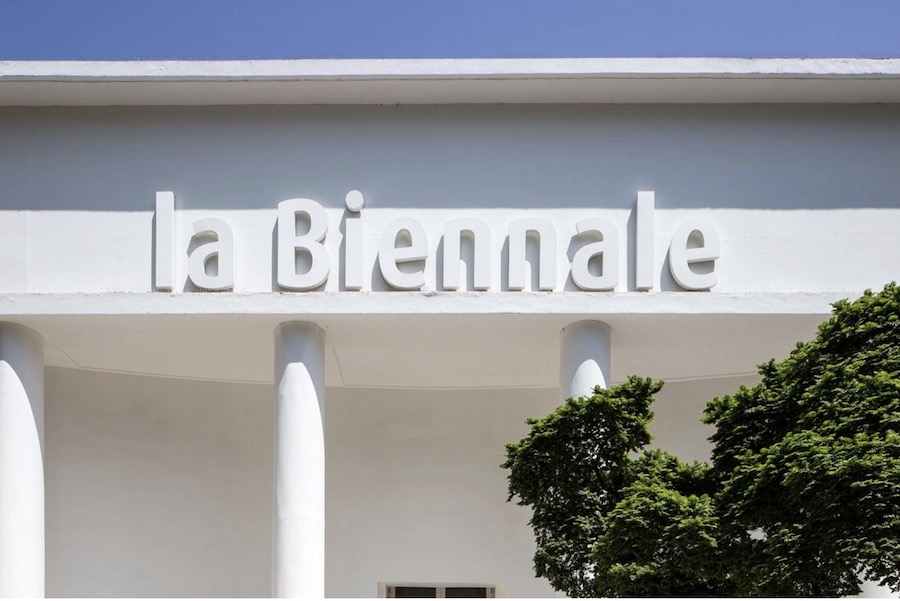 The Venice Biennale has named two women winners of the Golden Lion for Lifetime Achievement in the Visual Arts. Katharina Fritsch and Cecilia Vicuña will be part of the main exhibition of the biennale.

The Golden Lion Lifetime Achievement Award is given to artists in the middle or late stages of their careers. Past winners include El Anatsui, Jimmie Durham, Malick Sidibé and Carolee Schneemann.

Katharina Fritsch creates an iconic and singular sculpture that plays on the tension between reality and appearance, between the familiar and the surreal or the strange. His iconic objects, images, installations and sound works seem to imprint themselves on the mind as if they were gestalts or things we have seen and experienced before. Hearts, crosses, skulls, bottles and Madonnas are used to play on the fantasies and images we share. Yet they are transformed by color and matter into open and mysterious things: latent notions transfigured into primitive forms. You might remember his giant blue rooster on the fourth plinth in Trafalgar Square.

Vicuña, Cecilia Vicuña is a poet, artist, filmmaker and activist. His work addresses pressing concerns of the modern world, including ecological destruction, human rights, and cultural homogenization. Born and raised in Santiago, Chile, she has been in exile since the early 1970s, after the military coup against elected President Salvador Allende. Vicuña began creating “precarious works” and quipus in the mid-1960s in Chile as a way “to hear an ancient silence waiting to be heard”. His multidimensional works begin as a poem, an image that turns into a film, a song, a sculpture or a collective performance. These temporary and in situ installations in nature, streets and museums combine ritual and assembly. She calls this impermanent and participatory work “lo precario” (the precarious): acts of transformation that bridge the gap between art and life, the ancestral and the avant-garde. For example, his paintings from the early 1970s decolonized the art of conquerors and “saints” inherited from the Catholic Church to create irreverent images of the heroes of the revolution.