More than 20 MPs want to scrap the Arts Council of England, saying bosses were using taxpayers’ money to wage an ‘American-style culture war’

By Brendan Carlin for The Mail on Sunday

More than 20 Tory MPs are calling for England’s main arts body to be abolished, saying it is using taxpayers’ money to wage an ‘American-style culture war’.

They urged Culture Secretary Nadine Dorries to consider scrapping the Arts Council of England (ACE) and replacing it with a ‘less divisive body’ unless it can be reformed.

The request comes after the Mail on Sunday revealed last week that ACE is linking cash grants of more than £400m a year to an international campaign that supports ‘unlearning’ whiteness.

Museums, galleries and other bodies that rely on ACE funding are urged to agree to “inclusive and relevant” measures to promote diversity – with penalties threatened for those who miss the targets.

The terms, which apply to the vital new three-year cycle of ‘National Portfolio’ arts grants, appear to be inspired by a US-based charity that speaks of ‘unlearning’ certain practices – including ‘whiteness’.

CAOT has denied tying funding to achieving inclusiveness goals despite issuing guidelines threatening penalties for organizations that fail to meet those goals.

And in a scathing letter to Ms Dorries, 22 Tory MPs – including Sir John Hayes, chairman of the party’s Common Sense Group – said they were appalled to find that the ACE was “giving grants of taxpayers’ money to organizations that conform to racial discrimination”. motivated program and using the threat of sanctions to enforce it”.

MPs including Red Wall Tories Lee Anderson and Ben Bradley made it clear that such a use of public money could not be justified when ‘our constituents are already facing an unprecedented cost of living crisis’.

“Yet the fruits of their hard work are being used to divide society and implement racist policies.”

Condemning the ACE guidelines, MPs added: ‘It matters the incredibly dangerous American-style culture wars in this country – something we all want to avoid.’ 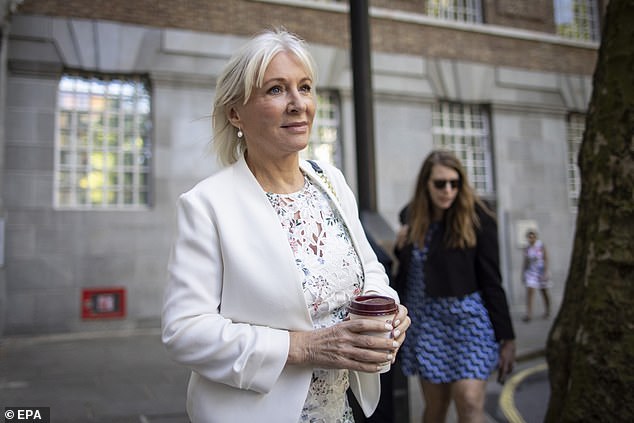 The request comes after the Mail on Sunday revealed last week that ACE is linking cash grants of more than £400m a year to an international campaign that supports ‘unlearning’ whiteness.

They told the Culture Secretary: ‘The Arts Council is in dire need of reform, and if it cannot be reformed then it should be scrapped and replaced by a less divisive body.’

In guidance on its website, ACE says that “we will ask all organizations that seek regular investment from the Arts Council to agree on actions and goals to diversify their governance, leadership, workforce , their programming and their audience as part of their funding”.

Organizations will be asked to identify “communities that are internally underrepresented in their workforces, leaders and governing bodies, as well as in their programs and audiences”.

And he warns that “we are going to introduce penalties that will apply to organizations that do not make sufficient progress against the objectives they have set themselves”.

However, the Arts Council said “we do not condition funding on inclusiveness goals, nor have we threatened to withdraw funds from organizations on this basis”.

He also insisted that “we never used the term ‘unlearning whiteness’.

Take a page and grower from Chico, CA