In the 1960s, the American sartorial art movement reflected the true counterculture

“Off the Wall: American Art to Wear” recalls the rebellion led by women against social conformity and the elitist artistic establishment.

In the early 1970s, an art history student named Julie schafler dale admitted to herself that she did not want to be an academician. She wanted a more practical artistic career, which would allow her to engage in the performing arts of her generation; she wanted to focus on something new, young and exciting. Dale, who had a long-standing interest in the art of body adornment, approached the American Craft Council with a crucial question: Were there any artists using clothing to express themselves? They gave him access to slide files and catalogs of works by artists from across the country who painted and sculpted with fabrics and fibers, and using the body as a frame.

“I thought I was dead and gone to Heaven,” Dale recalls. Even though the pieces were portable, it was not the fashion. It was sartorial art, an entirely new form pioneered by a generation that came of age in the 1960s and 1970s. “It was created by people who had something to say, who cared about the world in them. surrounded and who were trying to make a difference, ”says Dale. “The idea was to bring art out of walls and museums and into our daily life”.

Immediately upon discovering this “one-of-a-kind national handmade clothing organization,” Dale experienced his next step. She has opened Julie: Craftsmen gallery in 1973, at the corner of 62nd Street and Madison Avenue. Now a flagship of corporate chains, fast fashion and luxury brands, it’s hard to imagine that Madison Avenue was once an epicenter of art, fashion and culture. Knowing that there was no existing market for these works, Dale chose a location with as much visibility as possible, to let the market define itself.

Dale says the work featured in the Craftsmen’s Gallery was “kaleidoscopic in its visual range.” Each piece has been made with painstaking processes, over the course of months or years. Crochet dyed silk kimonos hung from the walls alongside personalized capes, sculptural coats and ornate masks. Here, the clothes were canvases and the works of art could be brought to life by the body. “Every day was like Christmas. People I had never seen before came in with black trash bags and got out of these amazing things, ”Dale says. “My mandate was: to make the part that you always wanted to make, not the part that will sell tomorrow. The priority has been totally reversed.

His 13-by-30-foot space has been the premier destination for sartorial art for nearly 40 years, making Dale a trusted collector, cherished patron and leading figure in a movement. Despite a hugely influential run, Dale was unable to continue operating the gallery after his lease expired in 2013.. “ 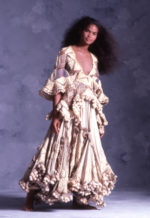 But this fall, the many faces and colors that characterized Artisans’ Gallery came together again at the Philadelphia Museum of Art, for the opening of a monumental exhibition that spanned more than 12 years. Off the Wall: American art to wear features over 100 portable works of art by over 60 different artists, many of which were donated by Dale. “It was a very unusual and emotional opening. There we were all together again, reunited with each other and many artists were brought together with pieces that they composed 40 years ago. It was like a warping of time. A show of this stature looks like a turning point for the low-key American art movement, which has been chronically overlooked and underestimated by historians and critics.

“People just don’t get it,” says Philadelphia Museum curator Dilys E Blum. “It has always been seen as a garment and wrapped in fashion, but that was not the intention. It depends a lot on the time and how the artists viewed themselves, as well as the environment and the politics of the world in which they lived, ”says Blum. In the world of sartorial art, “Fashion” is its own kind of f-bomb. While the question of whether fashion is an art has long plagued the haute couture world and fans of brands like Comme des Garçons and Alexander McQueen, in the wearable art movement there is no ‘oscillation. It’s art, which just happens to be wearable.

Blum worked with Dale to create an exhibit that contextualizes artwork in the ’60s and’ 70s counterculture. Visitors are not guided by a timeline, but by a series of songs that define the era. The art is grouped into themes based on tracks like “These Times They Are A Changin” by Bob Dylan, “Good Vibrations” by the Beach Boys and “In a Land Called Fantasy” by Earth, Wind & Fire. In a projected montage, images from the Summer of Love in San Francisco in 1967 flicker between protests and allusions to the assassinations of Martin Luther King Jr. and Robert Kennedy. The Vietnam War is truly the elephant in the play, which adds weight to the use of the bodily body as a vehicle of expression in an era when issues of survival and mortality were center stage. 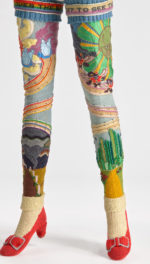 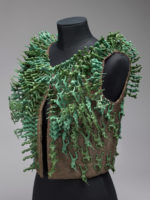 College campuses were instrumental in reproducing the youth and subculture of the 1960s, and the atmosphere at the Pratt Institute was no exception. In 1968, five of his students – Janet Lipkin, Marika Contompsis, Jean Cacicedo, Sharon Hedges and Dina Knapp – learned freeform crochet on their own and reveled in its potential. Cacicedo is cited in the exhibition book On the wall: “Pratt was the Mecca of exploration. The counter-culture of the time was rooted in our philosophy, our attitudes, our dress and our enthusiasm to be different in our artistic creation. Lipkin also explains: “We were in prime time: 1968-1970. It was then that everything exploded. Discovering yourself was the most important thing in the universe and we were in art school so anything unusual, new or inventive was supported. The so-called “Pratt 5” has become one of the movement’s most recognized names, and as a regular at the Dale Gallery, their work is well represented in the exhibition.

In the white, masculine, highly conceptual and elitist art world of the ’70s, the use of’ domestic ‘crafts was its own kind of rebellion. The mostly female artists who made wearable art dared to rekindle the importance of manual labor and ancient techniques, and blurred the lines between “high” and “low” culture. Dale writes in the exhibition book that these baby boom artists were “free from their ascension parents’ will for security and other things and the pressure to conform to traditionally structured society.” Museum visitors are reminded that the psychedelic palette, rainbow, and other pieces of hippie iconography (butterflies, tribalism, organic shapes) that run through the show were very intentional rejections of cultural sterility, restrictions and contradictions. from the Eisenhower era. “Self-expression was a driving force, the catalyst for breaking new frontiers, fueled by a sense of empowerment and the realization that individual stories were unique, relevant and worth telling,” says Dale. 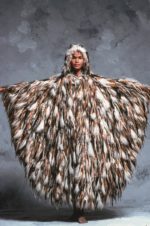 The pieces on display vary widely, from a jacket encrusted with 25,000 gold safety pins by Mark A. Mahall to the feathered “Griffin Mask” by Bill Cunningham. While there is no uniform aesthetic, there are recurring topics, such as environmental concern and sustainability, new age spiritualism, and tributes to ethnographic or indigenous works. It is clear that each work is a sort of journal of a moment in the artist’s life, and that each object is an extension of the individual. “Each of these pieces has a personal story, and when you dive in you realize how intimate they were and how cathartic the travels were in terms of creativity. These are pieces of a lifetime, ”Dale says.

The exhibition wonderfully recreates the vibrant atmosphere of Dale’s Madison Avenue Gallery. And by asking what sartorial art is, it leaves visitors with a different question: why doesn’t anyone know? Wearable art is the culmination of things not traditionally taken seriously by the art world: it is craft-based, female-led, and rooted in counterculture and non-aesthetic aesthetics. western. The Art to Wear movement refused to line up and, in many ways, actively rejected the successful and trendy (read: commercial) works of its time. Maintaining integrity can often mean sacrificing visibility. Fortunately, On the wall is now carving out its deserved place in history.

“Off the Wall: American Art to Wear” is on view at the Philadelphia Museum through May 17.