50 years after its birth, Arte Povera is experiencing a revival

Italy’s post-war art market has grown rapidly over the past decade – you can’t swing a Balenciaga bag around a modern art fair lately without spilling at least three of the lacerated canvases by Lucio Fontana. But it is Arte Povera, however, that has risen to the forefront of the market’s collective consciousness over the past two years. And this year, exactly 50 years after its birth, it seems that recognition of the mid-century movement has reached its peak, both in its home city of Turin and abroad.

The term Arte Povera was coined in 1967 to describe the works of 14 young Italian artists, including Mario and Marisa Merz, Michelangelo Pistoletto, Alighiero Boetti and Jannis Kounellis. Literally translating to “poor art,” the phrase emphasized their use of cheap, industrial, and organic materials. Artists used everything from vegetables and textiles to elemental materials like coal and steel to respond to the brilliant, perfectly crafted commercialism of the dominant genre of Pop Art at the same time.

Over the decades, these works attracted a small but dedicated collector base, many of whom were in Italy. With the exception of a few unexpected sales at the height of the movement in the mid-1970s, auction prices have remained reasonable for Arte Povera’s work – in the low millions per USD But a Christie’s London Auction 2014 saw a major canvas by Alberto Burri fetch nearly double its estimate while others were quickly bought up, which seemed to boost interest in the movement.

It wasn’t long before the revived penchant for “poor art” crossed the Atlantic. In 2015, the Guggenheim Museum in New York organized the first US and most full investigation of Burri’s work. A little over a year later, the Met Breuer opened the first major retrospective of Marisa Merz, the only female figure in the Arte Povera movement, at rave reviews. And last summer, collectors Nancy Olnick and George Spanu opened their private institutionMagazzino, in Cold Spring, New York, entirely dedicated to the presentation and scholarship of Arte Povera artists.

Having gone global, the movement’s legacy underpins Turin even more today. Mario and Marisa Merz’s foundation, The Merz Foundation, presents multiple exhibitions of contemporary artists who were more than likely friends of the artists (Mario died in 2003) such as Lawrence Weiner and Alfredo Jaar, although recently they have branched out to include works by artists inspired by the Merzes, such as Cuban artist Carlos Garaicoa. Indeed, you’ll often come across a Mario Merz while strolling through the city, such as his iconic flying igloo fountain that sits in the middle of a major city thoroughfare.

The city’s magnificent Castello di Rivoli—a former royal residence turned modern art institution—is often called the home of Arte Povera not only because of its vast collections, but also because of the many solo and group exhibitions of Arte Povera artists that have taken place at the museum over the years. These have often included works specially made for its royal galleries, according to director Carolyn Christov-Bakargiev. She also noted to Observer that the castle was Italy’s first contemporary art museum, opened in 1984, at the “enthusiastic instigation” of Arte Povera artists who had just returned from Documenta 7 in Kassel, in Germany, which had been organized by Rudi Fuchs. , who became the first director of the institution. “So in Rivoli, I think the artists of Arte Povera feel ‘a casa,'” she said.

Coinciding with the launch of Artissima this year, Castello de Rivoli unveiled an exhibition dedicated to Gilberto Zorio. As the last living member of Arte Povera, Zorio represents the definitive end of the era, which may explain the burning desire to revisit this major historical touchstone of Turin, as well as the skyrocketing prices of the artists’ works. when they hit the secondary market. .

Because Artissima only features contemporary works, Arte Povera artists were not featured on any of the participating gallery stands, but Bonacossa still wanted to explore the history of the pivotal movement – and no doubt capitalize on its current popularity. – in the context of the fair. “I wanted people to have experiences related to that moment in history that maybe aren’t so well-known now,” she said.

To that end, she delved into the archives of 85-year-old Turin designer Pierro Derossi, who designed the Piper Club in Turin to recreate the chic nightclub. Organized by Paola Nicolin, served as the site for conferences and screenings throughout the duration of the fair this year. The original Piper has an air of myth about it as it was only open from 1966 to 1969 and was the favorite haunt of many Arte Povera artists.

“They all hung out there. People like Pistoletto designed the mirrors, Marissa Merz did parades inside the club. It was quite a cultural moment for the city,” Bonacossa explained, noting that it was important that the details of the recreated Piper were accurate, such as its pink Pepto Bismol ceiling. She also convinced design brand Wolfram to recreate the original chairs found in the club, and Nicolin enlisted a handful of young artists currently working in Turin to create video and sound installations to mimic the club’s vibe.

The lounge also included a new section, “Deposito d’Arte Italiana Presente”, inspired by a event that happened in Turin between 1967 and 1968 where the new artists of Arte Povera convinced a handful of collectors to rent a large warehouse where they could show all their work together. The Artissima incarnation was filled with boxes and crates to give it that warehouse feel, as well as the works of 128 Italian artists who have worked from 1994 – when the fair started – to today.

“It was conceived as a recognition of Artissima’s own history as a great archive to retrospectively study the Italian art system and its market,” explained Bonacossa. “I thought it would be an interesting option to see how the Italian scene changed at that time.”

While Arte Povera may have been a seminal moment for Turin’s art market then and now, Bonacossa doubts that current collector interest in the movement will spur further investigation into the next generation of emerging artists. But that doesn’t mean they’re SOL on the sales front. “Honestly, I think the biggest difference with this generation – and perhaps their biggest strength – is that they speak much better English!” she said, noting that she hopes this linguistic fluency will allow more Italian artists to find a wealth of interested buyers like those at Arte Povera.

Margaret Carrigan is a freelance writer and editor. She was planning on going to law school, but she did very well on the LSAT, so she got a master’s degree in art history instead. She lives in Brooklyn with her cat, named after Alyssa Milano’s character from the hit CW series. Charm. 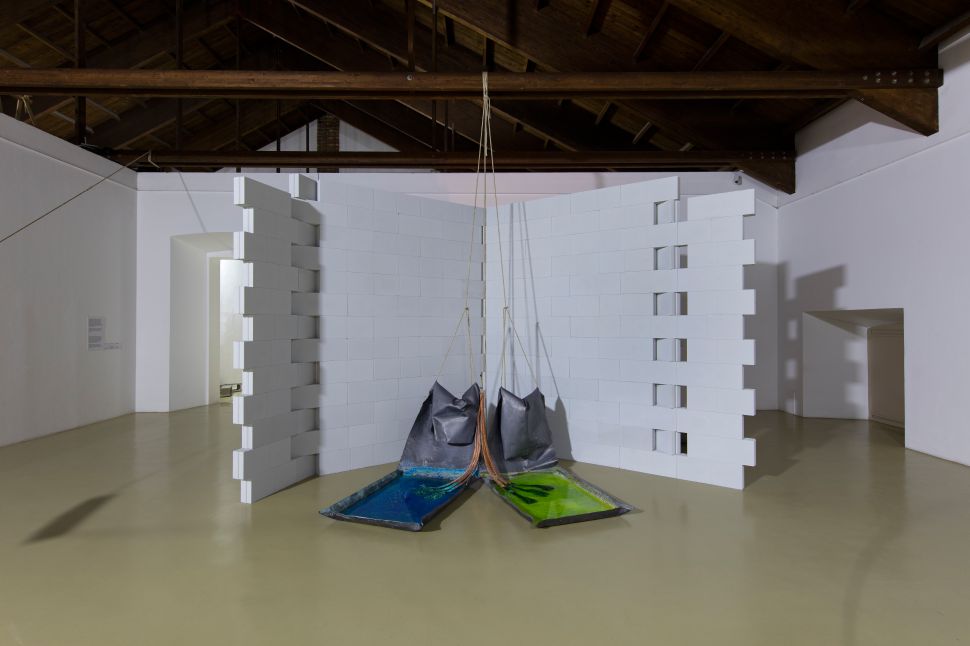